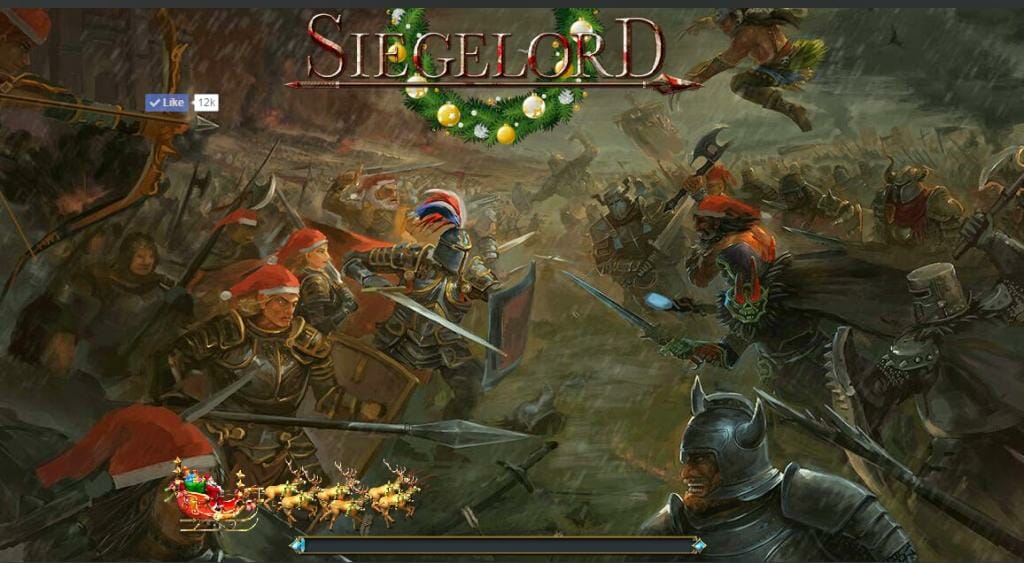 We have a surprise for you with this latest review, yet another free to play strategy game has hit the market. Yes…another one!

SiegeLord is a MMORTS that pits players against each other as they build up their empires, collect and trade resources and do battle across the world map. As you would expect, SeigeLord is very similar to that of other free to play strategy games that are currently on the market. But does it offer anything that allows it to have its own uniqueness? This review will hopefully let you know. Once you find yourself in the game for the first time you get taken to a tutorial that actually turns out to be pretty pointless. It tries to tell the storyline to the game but it is nothing more than a generic one that does little to inspire you.

You know the story by now, your kingdom has been attacked and destroyed and you now have to start from scratch, rebuild your kingdom and get your revenge.

You will notice that you have several different plots of land to work on, which is different from the many other similar games in this genre. You will have plots for each of the resources you need to gather as well as ones for your dwellings and armies.

These all need to be built up and upgraded, which will be shown how to do as you progress through the early quests in the game.

To work your way along the poorly written storyline that really does not have anything to do with the actual nature of SeigeLord, you will have to complete instances. These instances are other villages placed across the map that you must reclaim. Each instance will prove to be more difficult than the next as you would expect.

When you set on your way to attack, you will be informed of how many generals you are facing and the size of the army that is under them. You do have the option to retreat if you discover that they are too powerful for you.

Where SiegeLord stands out is the strategy aspect of the battles. In most other games of this type, there is not a lot you can do other than build your army and select the units that you send into battle. Well here, you have four different options when you send your army out, you can assault, guard, retreat or simply let the general do the damage all by himself.

The latter is usually the best method as your generals will all have different powers that can be used. The only problem is that these powers can only be used once a day so they should be used wisely.

As well as the instances, you will eventually unlock the world map that contains villages and cities that you can send your troops to. You will also start to notice that some of the cities on your factions land has been attacked and taken over by the other factions. This will be on the outskirts of the world map and you will need to try and help your faction by taking this land back.

As you take land back, the world map grows and you will start to see more of your enemies locations, which can be attacked and claimed as well. You can even work alongside your faction to stage multi-faction battles, making it possible for more powerful enemies to be taken down by a handful of smaller ones. SeigeLord is certainly a fun browser strategy game and it does have a dedicated following, so it should be tried at the very least. Nice graphics and plenty of action are definitely the plus points but the lack of storyline does go against it.

• Not too much different from other strategy games
• Poor storyline