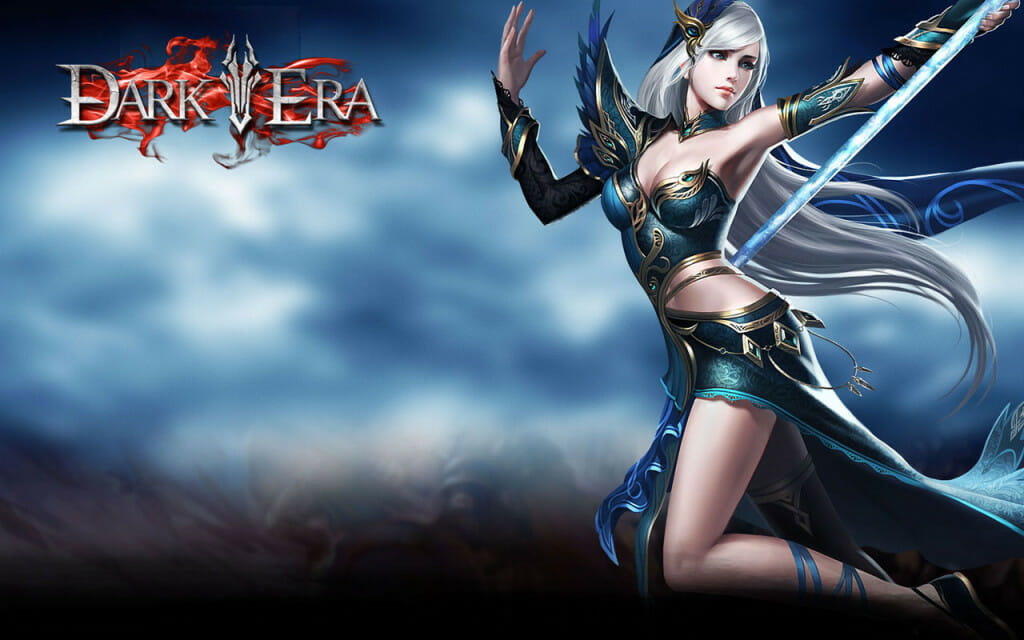 Dark Era is a free to play MMORPG from Game321 that throws the player deep into a world of mythical fantasy and time travel that includes demons, phantoms, and some legendary in-game characters. You can meet the likes of King Arthur and Joan of Arc on your adventures in the game as you try to hunt down the evil King Abyss. Dark Era has some amazing visuals, some decent background music and is actually quite fast to progress through.You play the part of the Chrono Heroes that are tasked with traveling to various times to try and stop the King of Abyss and his vast armies from trying to destroy the universe.

Dark Era has some fantastic graphics, especially when you consider that it can be played through a browser! However, they do recommend downloading their small client for improved performance and will even give a small reward to players that do so.

The character selection and customization options in Dark Era are a little disappointing as you can only choose from three different characters that have already been pre-made. On top of this you cannot customize them apart from selecting a name and a gender for them.

You will have the choice of being a Berserker, Assassin, or Wizard and are then taken through a tutorial that will teach you the basics of the games mechanics. This tutorial allows you to see just how powerful your character can become because during the initial battle you are at full strength.

However, just as you defeat the demon, one of the King’s most powerful generals, he lets out a huge surge of energy that saps all of your skills and abilities away and knocks you unconscious.

This is basically where you actually begin! Dark Era is pretty much the same kind of game as the many others in its genre, basically sharing the same sort of game play just with a different story line. You pick up quests from NPC’s in the town, complete them in order to unlock another town to do the same thing. You will also be able to mount animals, collect pets, run dungeons, do raids, and take on a boss or two.

There is also a PvP area as you would expect and the combat uses the point and click method that is prevalent in these kinds of games. In fact, the auto-pathing and auto-combat in Dark Era can pretty much allow you to not have to do anything if you want, but it can be turned on and off at least.

You will notice that in Dark Era you are able to level up very quickly compared to other games, which is a good plus because nobody likes to grind to each level for too long. Some might say that this progression is a little too fast, but as long as it’s not slow you would imagine that most people are in favor of how quick it can be to level up.

You are not going to find many free to play MMORPG’s that do not have some form of premium features that can help them make some money for their product and Dark Era is no different. The good news is that it does not break the game in this case like it does in so many others.

Yes, those that use real money can have benefits like being able to level up quicker, purchase better weapons, and equipment but it does not give them a huge advantage in the grand scheme of things.

The story in Dark Era is a pretty unique one as you get to travel trough time and team up with legendary characters such as Robin Hood, King Arthur, and Joan of Arc. However, this is pretty much where its uniqueness ends and it is just another MMORPG like the many others around.

Graphically it definitely hits the mark and there is always plenty to keep you occupied, so Dark Era is one of those games that you will either love or hate. There really is only one way to find out and that is to try it out for yourself!