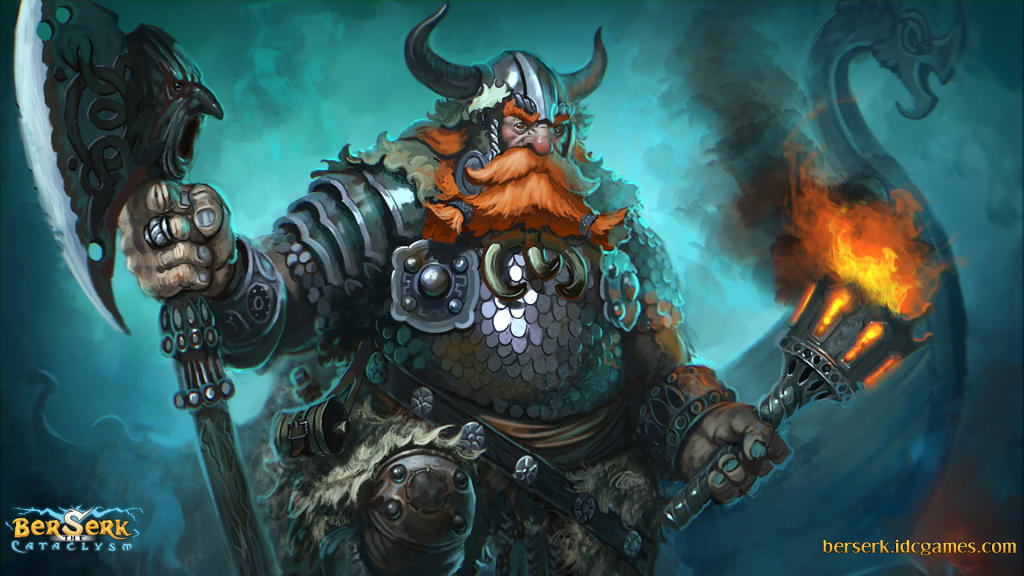 If you are looking for an MMO that provides a stiff challenge, the card collecting ‘Berserk: The Cataclysm’ from Bytex might just be the game that you have been searching for. The MMO requires players to use a good mix of both strategy and tactics to create mini-squads out of collected cards that can overcome your opponents in combat.

You can either concentrate your time on the story driven campaigns or take on the many other players in PvP or perhaps even do a little bit of both. As you level up you will be able to unlock better features, take your chosen character through some interesting PvE campaigns, build up your own plot of land and defend it from the many other players that are playing the game. As the game is a card battle collecting game, players will be able to discover and collect from more than 800 cards that are available in the game. These cards will be of characters that are from one of five different elemental groups.
These elemental groups are Swamps, Mountains, Forests, Darkness and Plains with each group having hundreds of different attainable characters.

When you go into combat, you have to choose an element to use and pick seven cards for that particular group to go into battle. Every card will have its very own hit level, how much damage it can do and how many rounds must be completed before it can take part in the battle.

Once you have chosen your mini-squad of characters, the battle will be automated in front of you and your squads cards being selected at random. Each card will have to wait for the round before it is allowed to be introduced to the battle. The cards will then take turns to deal their damage to whichever card has been placed in front of them until the battle comes to an end and there is a winning group. This is done with the in-game currency called ‘Imperials’ which can either be earned or bought with real money.
Players have the choice of different booster packs that they can buy which will include random elemental cards or pay a bit more for booster packs that will only contain specific elemental cards. Additionally, players can also purchase new squads that come with another leader card.

As you would imagine, players who opt to spend real money will have an advantage as they will not have to wait and save up imperials. These can take a lot of time and playing to earn in-game, so those who purchase them with real money will be able to attain newer cards at a much faster rate. Berserk: The Cataclysm is an addictive MMO that always hands out plenty of enjoyment through some decent graphics and excellent gameplay. The only problem is that the grinding can take away that enjoyment eventually unless you are happy to throw a few dollars into the game.

The randomness of the cards you get will also cause you a few headaches and you may be persuaded to use some real money to purchase booster packs that contain the elements that you require. Still, if you can live with that, this MMO is one that will deliver plenty of fun and enjoyment.