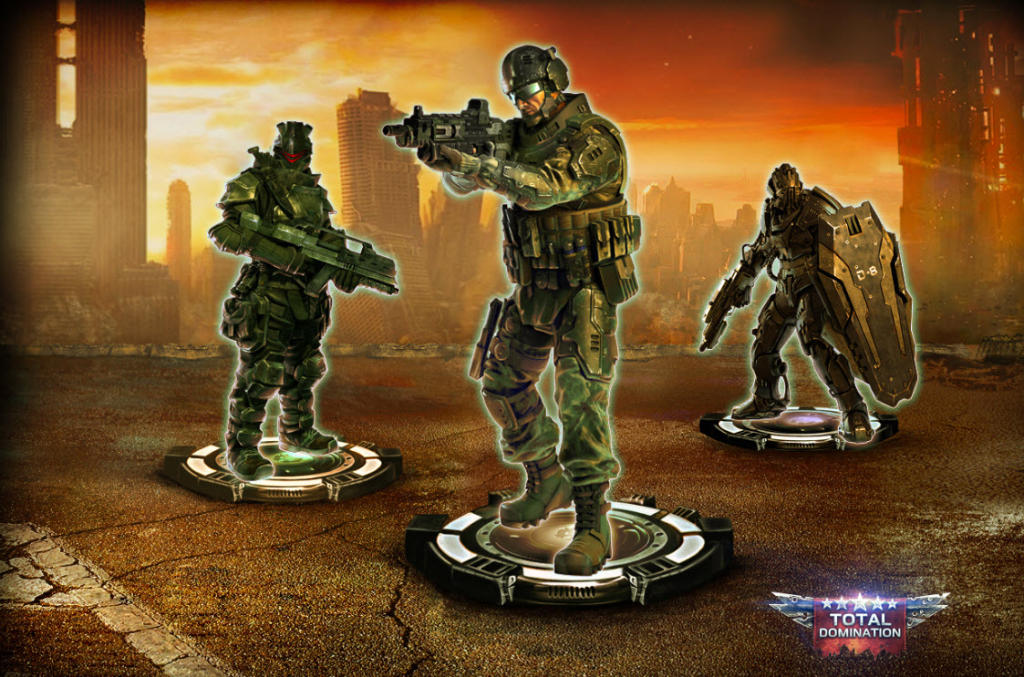 Total Domination is a free browser game developed by Plarium that concentrates on resource management and war set in a nuclear age. The real-time strategy game was created with social media in mind and can be played either through Facebook or through the Plarium site.

It was first released back in 2011 and consists of players having to research and construct a military construction, army and gather the required resources to both expand and upgrade their empire.

It is set in a futuristic world and requires players to trade amongst eachother, work together in alliances and inflict pain on their enemies. The game promotes socialization, so the more active friends that you have, the more successful you are going to be in the long run. Each player has to have a required amount of friends to be able to unlock larger bases sizes. You can of course go down the premium route, which will cost you some real money to skip these requirements. If you are lucky enough to be one of the players with more friends, you will have many benefits over those that do not. It is a social game and like many other social games success is heavily based on the amount of friends that you have. The strategy game is played in real-time and you and your friends are supposed to gather as many resources as possible through either gathering or raiding, these resources can then be used to construct a variety of buildings or upgrade your military units. The act of raiding in the game is basically attacking the base of somebody else. You just select who you want to attack and the amount of troops you wish to send into battle. If you are victorious you will have secured a variety of resources to be used on your own base. The amount of resources that you are able to obtain during a raid is heavily dependent on how much stuff your troops can carry.

A final report will be sent to both you and the player that you attacked, detailing exactly what one lost and one gained.

There are also other activities that you can do including invading your enemies, having them infested, and even join alliances and clans. All free to play games these days will have some sort of premium options for players to take advantage of if they so wish and Total Domination is no different in that respect. One thing that you will notice however, is that there is actually no premium subscription service, meaning no premium account. What you can do though is purchase Crystals, which is the in game currency. These can be used to reduce the amount of time it takes to construct buildings and military units.

The great thing is that those Crystals can be obtained through the game too, so there is no need to have to purchase them if you are patient and happy to save them up. For a social game it does what it says on the tin. This is a game meant to be played through social media and not taken overly seriously but some do. It encourages you to invite friends to play which can be annoying for people on your social media. They have to be active to be any use to you too, which can be frustrating.

So if you have plenty of friends that like the game, you are good to go, otherwise you might want to look elsewhere.