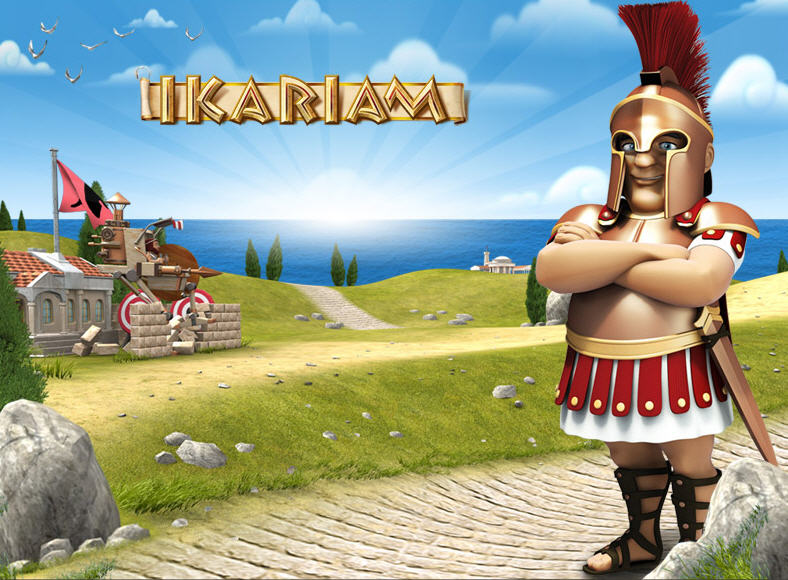 Released by GameForge back in 2008, Ikariam is a hugely popular free to play browser MMO that is set in the Greek Isles during the classical age.

The strategy game sees you put in control of an empty empire with nothing but a few coins and pieces of wood at the start. The idea is to develop this empire, build up trade, train an army and basically turn this empty land into a bustling economy. You start out on an island that consists of as many as 15 other players, with each having their own little territory on that map. You all have access to a shared wood mill, a shared statue to one of the Greek gods and one of either a quarry, sulfur pit, vineyard or crystal mine. Whichever of those four is what will be your islands main trading resource and will need to be used to trade for the other three on far reaching islands.

How you and the other players on this Island work together (or not in some cases) will depict how successful you all are. In an ideal world you would live in harmony and help each other to become prosperous but there are also times when it seems somebody else is not pulling their weight and needs to be warned or conquered.

What do we mean by pulling your weight? Well, the shared resource locations such as the saw mill need donations and workers from each player in order to be upgraded over time to provide even more of that resource. Each player can see the amount of donations that each other player has put in so it really is in your interest to do your bit. If not and you could find yourself on the receiving end of some military action. This all means that you have to find a good balance as each worker put on one resource will slow down the proficiency of another.

When starting the game you will be pleased to hear that there is a two week protection for new players. This means that you cannot get attacked while you are learning how to play the game. So you are free to take your time to learn the ropes, which is fairly difficult in the beginning because the game has no tutorial.

The academy should always be the first building that you construct and you will quickly see why as it is extremely important in the development of your city. In fact no other buildings apart from the barracks can be constructed until researched in the academy. The academy is also responsible for the research in all fields including your military, economy and seafaring needs.

The game is highly enjoyable though far from being completely original but as with all games of this type it is a very long grind. Everything seems to take many days to accomplish, even for those that pay for a premium account. Ikariam is actually one of the fairer browser games when it comes to premium players because although they have significant advantages over non-paying players, the game is not overly unbalanced. They are not able to instantly finish construction on buildings which is the case in most games like this. Sure, they can earn around 20% more resources but it is not done at an increased speed.

Ikariam is certainly worth a try if this genre is the one that interests you and you do not mind working hard to get where you want to be.