Game of Thrones: Winter is coming 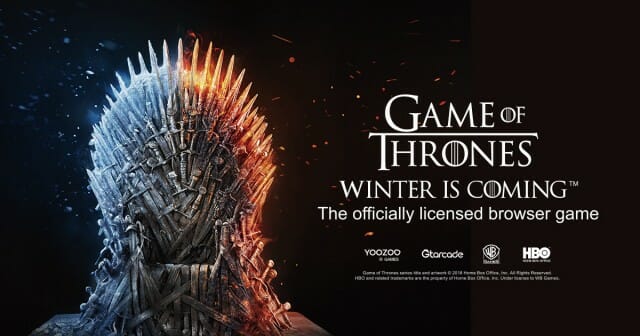 Game of Thrones: Winter Is Coming, a browser-based strategy game licensed by Game of Thrones, is available for purchase. The role of a lord/lady is to build up their kingdom, armies, and commanders in order to serve the realm. This tutorial will help you get started, but it’s easy for new players to learn how to play browser strategy games. You research, you build, and you recruit. These are the expected outcomes of a game such as this. However, there is still much to do and see. We’ll be discussing the genre in the gameplay section of the Game of Thrones Winter Is Coming review. Fans of the TV series will love it because it can use the same characters, locations, and music as the TV show. You can also enjoy a 3D experience. Graphics are amazing.

There are many layers to the game that offer both familiar and unique gameplay. You will begin with the basics and move on to empire building. This requires you increase the kingdom’s level and your lord. You will need to research technology, create new buildings, recruit troops, train commanders and complete story quests in order to do this. These tasks are usually time-limited and can be speeded up if you wish. In return, you will receive more resources and buffs. You’ll also need to manage your resources. To bring back your troops, you will need to attack rebel camps, other players, and resource nodes on a world map.

This is the most common gameplay in this genre. You can also find other games. A twist on RPG mini-games is available. Players can collect commanders like Sansa Stark and Lord Varys, as well as other famous characters from the TV series. You can equip them with gear and earn XP. The tower defense mini-games require you to put them in formation and take on difficult bosses in order to get more rewards for your commanders as well as your kingdom. The battle is actually performed in real-time 3D. You can take manual or virtual control.You can manually control the battle and use your commander’s abilities and skills, which is crucial in hard fights.This is an important step in your path to success. A void is filled with RPG elements In an otherwise boring genre. These tower defense games require stamina, which is replenished every hour. However, you should use them sparingly between kingdom building in Game of Thrones: Winter Is Here to maximize your enjoyment.

Game of Thrones’ Winter Is Coming has one of its best qualities: The way it works players must work together. The MMO component is a common feature of browser-based strategy games. Social systems such as alliances and guilds are important for diplomacy mechanics, including rallying armies to attack a targeted target and trading resources. These exist in Game of Thrones: Winter Is Coming, but they are really useful. The Help feature makes it extremely easy to join an Alliance. Click that button to ask your alliance for assistance when building, researching, or upgrading something in your kingdom. It will be visible to all members of the alliance. A simple click will reduce the time required to complete the task. The ratio of 1 minute for every member of the alliance that responded to your help request will also decrease.

This is an amazing feature. Game of Thrones: Winter Is coming is the only game that has used this feature as effectively as it. Other than that, all the standard MMO systems are available, including trading and group attacks. The game’s other unique feature for Alliances is the ability to occupy a Great City. Many of these cities can be found on the world map and are iconic Game of Thrones locations, such as Winterfell, King’s Landing Dragonstone, Sunspear, Dragonstone, and Dragonstone. These cities can be occupied by any member of an alliance. They are neutral at the beginning of the game. The entire alliance gets buffs to their units, kingdoms, and more when they are occupied. This makes it a great end-game meta for alliances. Players will battle for control of these cities. The alliance can gain enough power to rule the Iron Throne, which will be crowned the kings.

Game of Thrones: The Winter is Coming, like most browser-based kingdom builders. No different when it is about monetization. These games are often free to play and offer a way to speed up the gameplay. It takes time to do everything, including unit recruitment and building. This is why spending money to speed up the process is common in this genre. Game of Thrones: Winter Is Coming goes one step further. It introduced items that actually aid in PvP For example, you can speed up the arrival of allied troops to defend your city.

This can make a huge difference in the outcome of battles and you could argue that it is pay to win. Although that argument is valid in most cases, it can still be played without spending any money. However, players need to be smart about how to navigate this dangerous world using the alliance strength and when to use buffs to help them out of sticky situations. For completing quests and objectives, you can get a lot of premium items such as speed boosts, non attack periods and more. It’s a smart idea to keep them in your inventory until you need them.

Game of Thrones: Winter is Coming is, without doubt, a well-designed browser strategy game. It is suitable for fans of both the franchise and the genre. There are many things to do, from building kingdoms to RPG gameplay with your commanders – these characters and their journey to become strong warriors that can help your kingdom prosper and flourish. This game is a strong competitor game, as it lacks diversity and offers a management strategy sim that does not bring anything new. It does have a Game of Thrones connection, which is a plus for its large playerbase. Overall, the game is great. It is definitely worth playing If you are a fan of mmo games or the series.