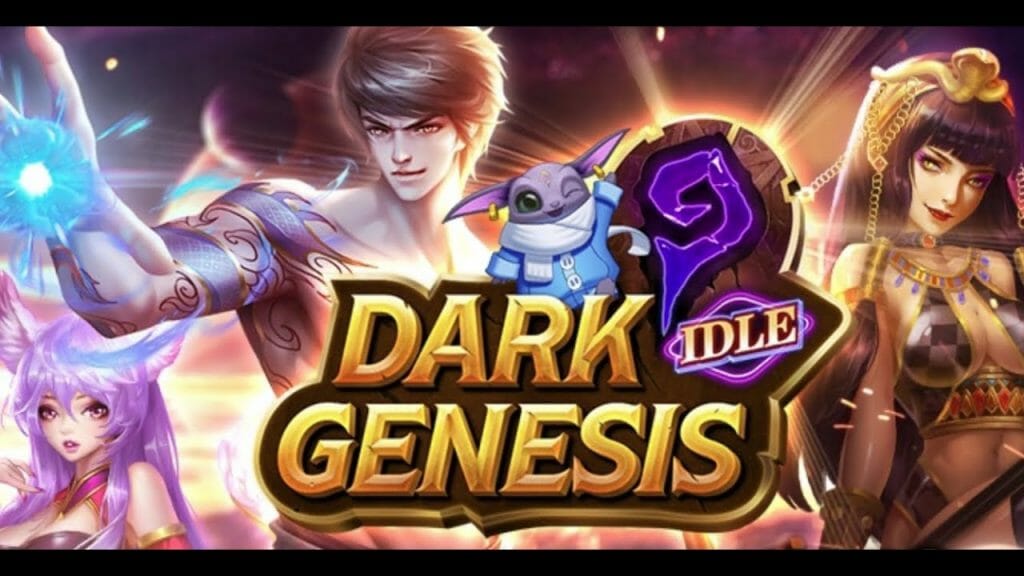 Dark Genesis is a browser-based idle MMORPG that you can play for free. You collect popular demigods as heroes. These heroes will form a party and fight their opponents through PvE and PvP battles on a series of map levels. The sky castle map, which is not available in battle mode, allows you to unlock new features as your level up. This includes accessing new buildings and infrastructure that will improve your heroes’ equipment skills. The game has a charming feel to it with its sky castle map. Dark Genesis offers many currencies that can be earned through battle victories. They are available to help you get to the top and speed up your progress. Read the Dark Genesis review below and play for free!

Dark Genesis is a game by Esprit Games. It is a Free to play idle MMORPG This game offers battles and party building. You are tasked with assembling a group of heroes from different mythologies to fight back against the forces of war in this fantasy world. In this game, you don’t need to download the software and you can play it directly from your web browser. Dark Genesis has two modes of operation: Battle and base building.

Your party of heroes will fight the enemy in battle mode. There are a series of levels that get more difficult the further you go. You have the option to let your party hack at mobs and earn gold and diamonds by themselves, or you can manually click on the challenge button and fight the boss. Click on your heroes’ skills to unleash their powerful attacks to win this part. You will be able to go on to the next stage if you succeed here. Players will be tasked to build a mighty citadel on a floating island. This will provide great rewards in the long term. Players can unlock new facilities by earning profile experience points as they progress in the game. These buildings include the Forge, which allows you to upgrade and craft equipment, and the Guild War Monument that gives you access to PvP.

The key to success!

The key to success is where you place your heroes.

Dark Genesis’ main attraction is its simplicity. In the beginning, players are only given a handful of heroes. However, you will eventually unlock more heroes. These heroes are identified by an Elite symbol and have extremely high stats. You can unlock them more often if they are well-known in mythology. The real fun begins when you have five players. Each hero is ranked based on their Attack, Defense and Health stats.

They are also known as the typical MMO class archetypes. There are Tanks, Healers, and DPS ranged and melee, as well as Tanks and DPS ranged. The outcome of battles will depend on where you place them. Heroes have their own analogs system of elements. They are the five elements Fire, Earth, Wind and Lightning. A party that has two heroes from the same element will have a party with greater advantages. However, putting Water heroes against Fire will bring you more benefits.

Dark Genesis is all about hero progression. To level up your heroes and upgrade them, you will need to understand the basics of earning currency. You can get gold and diamonds from battle. These are used to upgrade your heroes or fuse them together to make them stronger. The strength of your party’s combined roster determines the overall score. Keep this in mind when you are attempting to take on higher battle stages or players in PvP. While idle battles are tedious, they can be very useful for multitasking. Boss challenge battles are fun and can be challenging, especially if you have party composition and tinkering.

What’s the next step after you’ve gathered a group of heroes that are well-equipped and have passed all of the main challenges? Dark Genesis’ end game is your answer. It can be difficult to forgive especially for free players. There will be more content at the end of the game, including Abyss Dungeons and Lamp World Bosses, as well as an endless explore mode.

These are all very difficult at the top levels and require hours of effort and hundreds of thousands of diamonds (both in-game and purchased by cash) to defeat Elite stages without any problems. However, PvP can be done both in-game and by cash. At the same time, exciting and competitive particularly when you are paired up with other players of similar ranks. It’s an opponent on the opposite side of battle so fights and party combinations become more interesting and strategic. This gives you a new challenge.

Dark Genesis review: The Verdict – Is it any good?

Dark Genesis is the best idle MMORPGs.Does it deliver what it promises?. You will be sent on a quest to find all the mythological heroes, then power them up and take them to war. You can also engage in idle battles. Snooze-fest is, however, a great choice for bosses and against other players in PvP. You will need to spend money if you want to reach the top of this food chain. It’s not a problem. MMORPGs are available for free it’s usually quite relaxing to use your web browser for free.